The embattled National Football League commissioner’s decisions and actions in a crisis will no doubt become the subject of some management case study. But it’s already clear that Goodell has become an indelible part of the problem and not a part of any solution to the NFL’s Ray Rice fiasco.

Some chief executives and management academics I spoke with have been more cautious on the Goodell question. They said they would wait for the results of former FBI director Robert Meuller’s independent investigation. But I can’t see how he could or should survive that report, no matter what it concludes.

Here’s why: The report will almost certainly be part of a larger announcement. It will be wrapped in some greater commitment to deal with a serious problem. In the NFL, that means anything that threatens growth of the league’s profitability.

So can you imagine Roger Goodell standing up as the executive responsible for making good on promises of real change? Any credible plan will need a new leader. 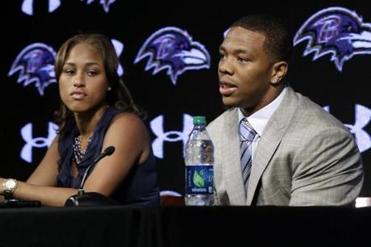 A look at the events leading up to this week’s news that a law enforcement official claims to have sent a video of Ray Rice punching his then-fiancee in April.

“Now the question of his effectiveness is squarely in front of” NFL owners, said James Post, a professor emeritus of management at Boston University. “It probably turns, in a bizarre sort of way, not on the issues of domestic violence. It’s a business decision.”

One of Goodell’s principal responsibilities as NFL commissioner involves catching and containing flack aimed at the league for everything from head injuries to underpaid cheerleaders. Goodell himself has been very well compensated for that job — earning roughly $70 million over the past two years. That puts him within range of the 10 highest-paid chief executives of US public companies.

But the Rice backlash should become a tipping point for Goodell. He made at least three kinds of serious management mistakes trying to deal with the domestic abuse case.

First, everyone knows the commissioner initially handed out an insufficient punishment by suspending Rice for two games. Even Goodell conceded he blew that decision and offered tougher league policies to deal with abuse cases.

Then there were the commissioner’s comments after the devastating elevator video of Rice knocking his fiancee unconscious became public. Those statements sounded unbelievable or — at best — made him appear incompetent. Goodell said the NFL had asked for the video but never saw the incendiary images. He described Rice’s own explanation of events to the league as ambiguous (contrary to the straightforward account described by the player’s lawyer).

The third and most serious mistake? The NFL seemed to be caught completely off guard when the ongoing problem of violent and otherwise criminal behavior by some players finally blew up into a front-page story. The league didn’t have a plan for that. It didn’t appear to have a clue.

Fans had never seemed to care so much before. The off-field behavior of men paid millions to play a violent game is hard to control — certainly without stern penalties that could hurt the NFL’s product.

But some individual player and episode was bound to trigger a crisis sooner or later. This problem has gotten worse, not better, over time. It’s the kind of thing managers are paid to recognize and deal with in advance.

Goodell has been a popular commissioner among NFL owners and paid that way because the league’s growing profitability during his tenure. The value of the top 10 franchises in the league increased between 22 percent and 44 percent in the past year alone, according to rankings by Forbes. The New England Patriots, worth $2.6 billion, was that team appreciating 44 percent.

Goodell has laid out ambitious revenue growth goals for the NFL. Women are a relatively untapped demographic the league hopes to attract. Even owners who support their commissioner are likely to see him as a liability before long.

“It’s clear what their motive is,” said Marcus Stewart, a Bentley University business professor focused on leadership and ethics. “It’s the bottom line.”

The NFL is a business, as players often say when they are traded. That goes for commissioners, too.

The former CEO of Alere Inc. disclosed Monday that he has been talking with shareholders about a plan to take the Waltham medical diagnostics company private for $3.8 billion. Ron Zwanziger, who left the company in July, said he’s been talking about a $46 per share offer since July. Alere’s stock jumped $4.53 to $41.14 per share Monday.